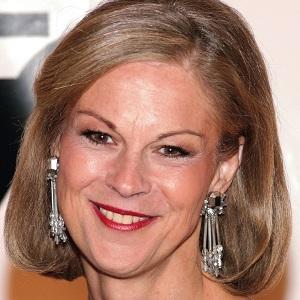 Businesswoman most famous for her time as the Chairwoman and CEO of Playboy Enterprises. She is known for her progressive politics, having worked closely with the Center for American Progress.

She was married to politician and real estate developer William A. Marovitz from 1995 to 2013.

Christie Hefner Is A Member Of