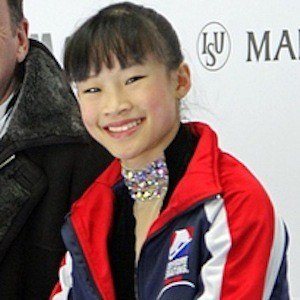 Decorated figure skater best known for taking the bronze medal at the Junior Grand Prix Final in 2009. She also became a silver medalist at the 2012 Skate America competition.

She began training to figure skate in northern Kentucky at the age of seven.

She was a national merit semifinalist and began studying at Harvard University after shadowing a gastroenterologist.

Her father was a national badminton champion from China. She has two sisters named Megan and Whitney.

Both she and Michael Christian Martinez are renowned figure skaters.

Christina Gao Is A Member Of