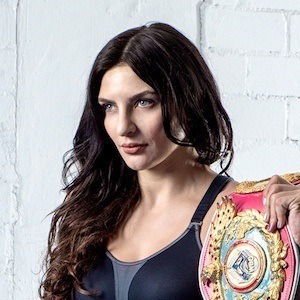 She first began training at the age of 15 under her instructor Robert Staar. In September of 2009, she began her professional career with a fight against Melisa Koktar.

She was born and raised in Nowodolinka, Kazakhstan.

Other world champion boxers from Kazakhstan include Gennady Golovkin and Wladimir Klitschko.

Christina Hammer Is A Member Of