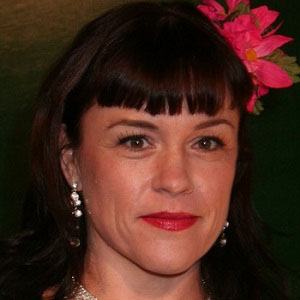 Boston-born actress most famous for her many television roles, including Harper Tracy on ER and Emily Valentine on Beverly Hills, 90210. In 2010, she made her directorial debut with the award-winning film Bathing and the Single Girl, which she also produced, wrote and starred in.

She graduated from the Boston Latin School and debuted as an actress on the television movie The Town Bully in 1988.

She is a passionate photographer whose work has been displayed at locations like the 2nd Cup Cafe in Boston and the restaurant Pink Flamingos in Paris.

Both of her parents are artists.

She appeared with Meg Tilly in the 1983 horror film Body Snatchers.

Christine Elise Is A Member Of