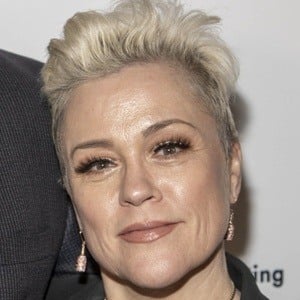 Actress who is perhaps most famous for her appearances in the Child's Play series of horror films, including Child's Play 2 (1990) and Cult of Chucky (2017). On television, she has appeared on shows like China Beach and Beverly Hills, 90210.

She graduated from the Boston Latin School in 1983.

She directed Bathing & the Single Girl (2010), which won Best Short Film and Best Narrative Short at the San Francisco Indiefest.

Her mother is photographer Gail Rush.

She co-starred with Viggo Mortensen in the film Vanishing Point (1997).

Christine Elise McCarthy Is A Member Of