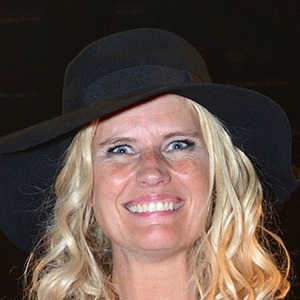 TV actress who found acclaim on the TV4 comedy show Hey Baberiba. She has over 80,000 followers on her Instagram account.

Her first hosting gig was in 1997 on Lattjo Lajban with David Hellenius.

She hosted the Swedish version of Popstars in 2010 with Mans Zelmerlow and Dolph Lundgren.

She and Molly Conlin have both appeared on versions of Thank God You're Here.

Christine Meltzer Is A Member Of