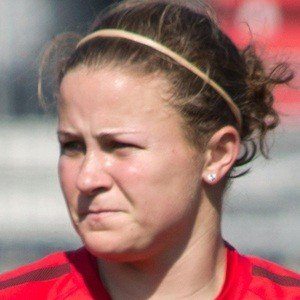 Professional midfielder who taken seventh overall in the National Women's Soccer League draft in 2013. She's played for the Seattle Reign and Washington Spirit of the NWSL.

She played college soccer at Penn State University, where she was a four-year starter. She was named Big Ten Midfielder of the Year as a senior.

She's also played with the Melbourne Victory of the W-League and earned two caps with the US Women's National Team in 2009.

She was born to Tommy and Danamarie Nairn. Her older brothers TJ and Kevin both played college soccer.

She and Ali Krieger have both played for the Washington Spirit.

Christine Nairn Is A Member Of