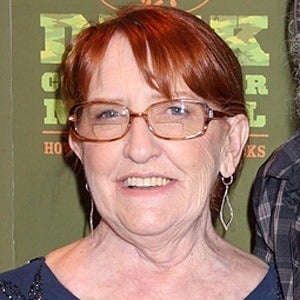 Most well known as the camera-shy wife of Duck Dynasty star Si Robertson.

Robertson asked her to marry him 70 times before finally saying yes and marrying in 1971.

Because they'd never had a proper wedding ceremony, she and Si held a celebration 43 years following their marriage in May 2014.

She and Si have a daughter named Trasa and a son named Scott. Between the two children, they have eight grandsons.

Christine Robertson Is A Member Of