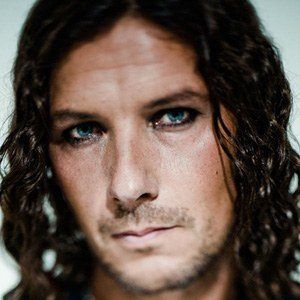 Drummer with the German dance metal band Rammstein. He also performed with a punk rock band called Feeling B.

His first instrument was the trumpet. Before becoming a professional drummer, he worked in telecommunications.

He was the only Rammstein band member to have served in the East German Army.

He married Ulrike Schmidt in 2014. He and his younger sister grew up in East Berlin. His parents encouraged his musical talent, sending him to a school that had an association with an East German orchestra.

He was influenced by Phil Rudd of AC/DC.

Christoph Schneider Is A Member Of