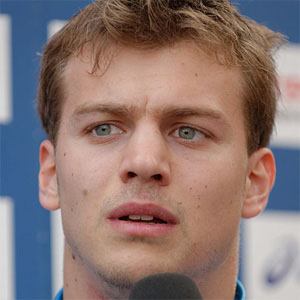 Sprinter who made his Olympic debut at the 2012 Summer Games in London.

He won the 200 meter race at the 2008 World Junior Championships.

He was born in Annecy, France.

In 2010 he was chosen as the European Athlete of the Year, one year after Phillips Idowu.

Christophe Lemaitre Is A Member Of