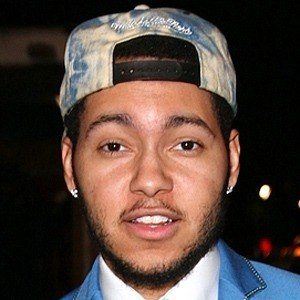 R&B artist who is widely known by the stage names Prince Chrishan and Chrishan. He has worked as a producer and songwriter in addition to his own solo career, and gained widespread acclaim for writing and producing the single "2AM" by Adrian Marcel in 2014.

He graduated from the High School for Recording Arts in St. Paul, Minnesota. He released his debut album Night & Day in 2009.

In 2015, he released the first part of his multi-installment EP TieDie. He helped produce Chris Brown's lead single "Grass Ain't Greener" for his Heartbreak on a Full Moon album in 2016.

He helped to co-produce Omarion's two 2017 singles "BDY On Me" and "Distance."

Christopher Chrishan Dotson Is A Member Of