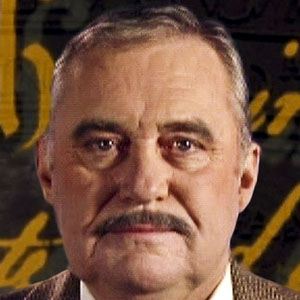 Most famous for playing the title role in the American situation comedy Mr. Belvedere, this English-born actor also appeared in the 1967 film version of The Producers and in episodes of Hart to Hart and Fantasy Island.

When he was seven years old, he was cast in a professional Dublin theatrical production of Shakespeare's A Midsummer Night's Dream. After serving in the Royal Air Force, he continued his stage career in Oxford and London, England.

He directed a 1960s New York production of By Jupiter and performed in Broadway productions of The Unsinkable Molly Brown and My Fair Lady.

He grew up in Sussex and Berkshire, England, as the son of an Irishwoman and a British military man. He later settled in Los Angeles, California.

He appeared with Charlton Heston in the 1995 film America: A Call to Greatness.

Christopher Hewett Is A Member Of