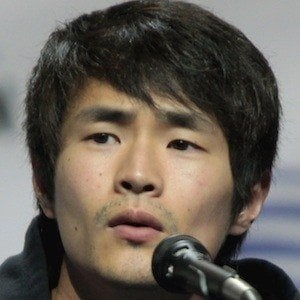 South Korean-born American actor known for portraying Monty Green on the show The 100. He also played Bobby on Squad 85.

He started acting in his early teens. He attended Fordham University.

He plays guitar and released an album in late 2015.

He grew up in Connecticut after he was adopted by Elaine and Peter Larkin.

He and Eliza Taylor have starred together on The 100.

Christopher Larkin Is A Member Of