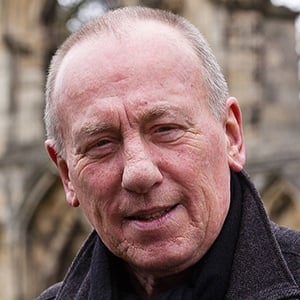 Actor who has played major roles on a number of popular British series, including Doctors, EastEnders and All Creatures Great and Small. He is also a prominent stage actor who has starred in productions of Dial M for Murder, Othello and The Master Builder.

He voiced the announcer on The Kinks' double album Preservation Act 2 (1974).

He married Annie Veronica Swatton, with whom he has one daughter, in 1982. He previously had four sons and two daughters with ex-wife Susan Boys.

He played the husband of Maggie Steed's character on EastEnders.