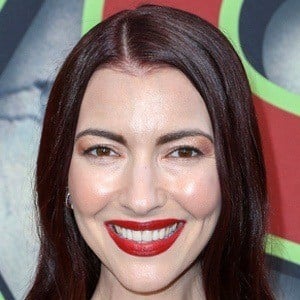 Dream pop singer and songwriter who is widely recognized for her collaborative work with surrealist filmmaker David Lynch. She and Lynch released the 5 song EP Somewhere In The Nowhere in October 2016.

While still in high school she performed with a band called 8½ Souvenirs.

In 2017, she was cast as FBI Agent Tammy Preston on Showtime's Twin Peaks: The Return.

Her parents owned a recording studio in San Antonio, TX.

She was cast on Twin Peaks: The Return, which starred Kyle MacLachlan.

Chrysta Bell Is A Member Of