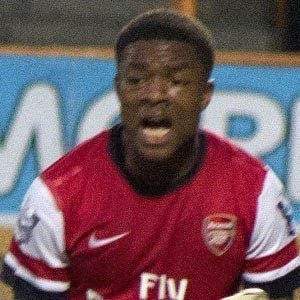 Famous as a striker for the Premier League Arsenal Football Club in London, England, Akpom was also briefly loaned to the Brentford and Coventry City League One football clubs.

From 2002 until 2013, he played on the Arsenal youth team. During this period, he also played with the England Under 16 and Under 17 national soccer teams.

He grew up in Newham, England, as a member of a family of Nigerian heritage.

He and Thierry Henry were both strikers for Arsenal.

Chuba Akpom Is A Member Of