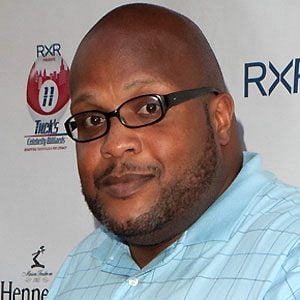 Brooklyn rapper best known for early 90's singles like "The Chubbster", which hit #1 on the Hot Rap Singles Chart.

Despite being an exceptional student and a National Merit Scholar, he dropped out of Brown University to pursue a rapping career.

His cousin, producer Howie Tee, helped his career get off the ground.

In 2008 he released "Obama We Believe" in support of the presidential campaign of future U.S. President Barack Obama.

Chubb Rock Is A Member Of