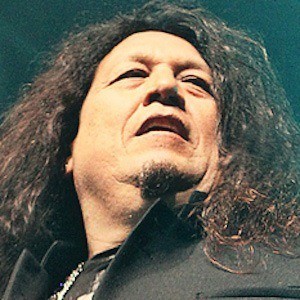 Metal singer known for his work with the band Testament. During his time with the band, he's also worked with bands like Exodus and The Haunted.

He started out with a band called Guilt and joined Testament in 1986, when the band was still called Legacy.

He was diagnosed with cancer in 2001, but underwent chemotherapy and survived.

He's a Pomo Native American and has received recognition for contributions to his community.

He and Eric Peterson are the two longest-tenured members of Testament.

Chuck Billy Is A Member Of