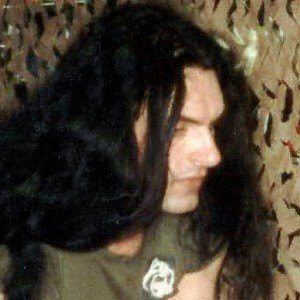 Singer and bassist for the goth and metal band Type O Negative who died of heart failure in 2010.

He drove steamrollers and garbage trucks at Brooklyn Heights Promenade. He also founded the metal band Fallout and the thrash band Carnivore.

He signed a recording contract with Roadrunner Records with his blood.

His father was a World War II veteran of Russian and Polish descent. Peter was the youngest of six children and the only boy among them.

He appeared on the song "Cross the Line" with the band Biohazard, the group in which Evan Seinfeld played bass.

Peter Steele Is A Member Of