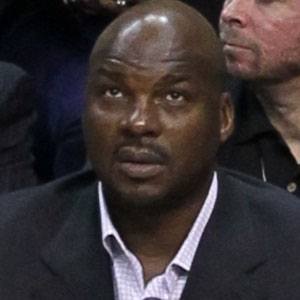 1987 NBA Rookie of the Year nicknamed The Rifleman; spent 14 seasons in the NBA, playing for 5 different teams.

Out of frustration, he punted a basketball into the crowd during an NBA basketball game.

His brother Wesley was an NBA player and a coach.

Charles Barkley teamed up with him at Auburn to create one of the best duos in college basketball.

Chuck Person Is A Member Of