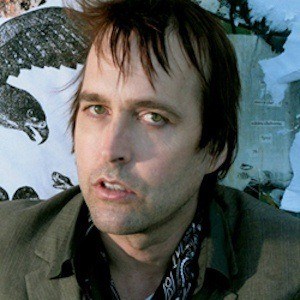 Singer and guitarist known for his time with the band Green on Red. He started releasing solo albums in 1990 and spent time writing music for BMG Publishing.

He joined Green on Red in 1985 and recorded the album Gas Food Lodging with the band.

In early 2009, he recorded the album Let Freedom Ring while living in Mexico City.

He grew up in Whittier, California, but didn't find his footing in music until moving to San Francisco at 18.

He appeared on the Late Show with David Letterman in order to promote his 2007 album Soap and Water.

Chuck Prophet Is A Member Of