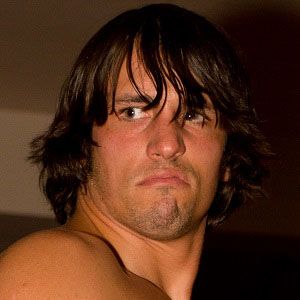 American wrestler who has been the champion of promotions like Dragon Gate USA, Chikara and Pro Wrestling Guerrilla. He was named one of the best singles wrestlers of 2012 by Pro Wrestling Illustrated.

He began training under Brandon Walker at the Old School Wrestling Training Academy at age fifteen.

He has served as an assistant trainer at the wrestling school the Chikara Wrestle Factory.

His birth name is Dustin Howard. His adoptive father is James Todd Smith.

He won the Dynamite Duumvirate Tag Team Title with Trent Barreta in Pro Wrestling Guerrilla in 2014.

Chuck Taylor Is A Member Of