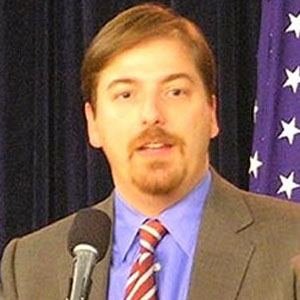 NBC News White House correspondent and MSNBC political commentator. He became known for his work on MSNBC's The Daily Rundown and on NBC Nightly News with Brian Williams. He became the 12th moderator of NBC's Meet the Press in 2017.

He was in the running to replace Tim Russert on Meet the Press when Russert passed away in 2008.

His marriage to Kristian Denny Todd produced one son and one daughter.

He co-authored a book about how President Barack Obama won the 2008 election.

Chuck Todd Is A Member Of