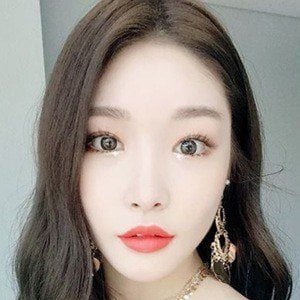 First seen as a competitor on Produce 101, she would join the short-lived K-pop girl group I.O.I before it disbanded in 2017. After the group dissolved, she became a host for Ah! Sunday - A Running Miracle. She later went on to become a solo artist and released her debut EP titled Hands on Me in June 2017.

She trained for three years with JYP Entertainment before debuting on Produce 101.

Born in South Korea, she lived in Dallas, Texas for eight years during her youth before returning to South Korea.

She worked with I.O.I bandmates Jeon So-mi and Choi Yoojung on the digital single "Flower, Wind and You."

Chung-ha Kim Is A Member Of