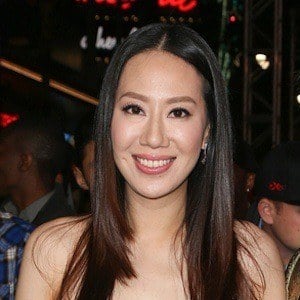 Producer and artist manager who co-founded the movie production company Bullet Films. She is widely known for her marriage to Chinese martial arts movie legend Donnie Yen, with whom she co-founded Bullet Films.

She was raised in Hong Kong. She married Donnie Yen in 2003 after just three months of courtship.

She is well-known for her philanthropy, having worked with organizations like Women Helping Women and FilmAid.

She has children named James and Jasmine with Donnie Yen. She has younger sisters named Yuen and Irene.

Her production company produced the film Chasing the Dragon (2017), which stars Andy Lau.

Cissy Wang Is A Member Of