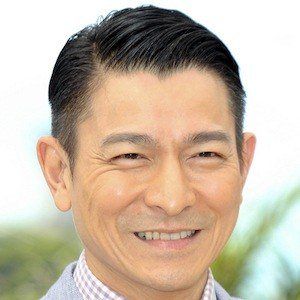 Singer and actor best known as one of the Four Heavenly Kings of Cantopop. He also starred in the films Infernal Affairs III and House of Flying Daggers. His repertoire of over 160 films made him the top Box Office Actor of Hong Kong from 1985 to 2005.

He signed up for acting lessons offered by Hong Kong's Television Broadcasts Limited station, and got a lead role on their 1982 series, The Emissary.

He won nearly 300 awards for his music - and that doesn't include the more than a dozen film award honors.

He married his longtime girlfriend Carol Chu in 2008. The couple has a daughter named Hannah.

He and Jacky Cheung became two of the most popular singers in Hong Kong, if not in all of Asia.

Andy Lau Is A Member Of