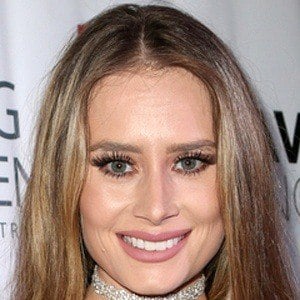 Beauty queen, athlete and reality television personality who represented Wyoming in the Miss USA 2010 pageant, where she placed in the top 15. In 2017, she was a contestant on the survivalist game show Kicking & Screaming.

She was a four-time state gymnastics champion at Campbell County High School in Gillette, Wyoming. She later attended UNLV on a track scholarship.

She married Michael Yo, host of The Insider, in 2016. She has brothers named Matt and Roger.

She and Lexi Hill were both crowned Miss Wyoming.

Claire Schreiner Is A Member Of