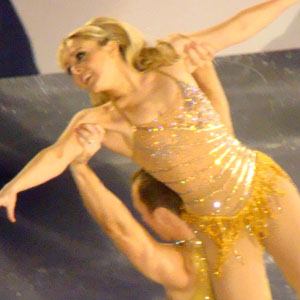 She grew up with an identical sister, Julie, and they both prompted her mother to hire an agent to help get them involved in acting and modeling.

She appeared on the television competition Dancing on Ice in 2007.

She was in a long term relationship with Declan Donnelly.

She appeared alongside singer Duncan James on Dancing on Ice.

Clare Buckfield Is A Member Of