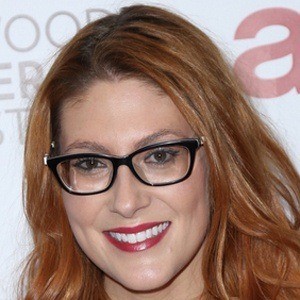 Actress who rose to fame as the host of the Collider Nightmares, she has also been featured on AMC Movie Talk, The Hub network, and GeekNation. On her personal YouTube channel, she reviews various television shows and movies, specializing in horror.

Before acting on screen, she appeared in various theatre productions.

She frequently features her dog Rufus on her Instagram.

She interviewed Tim Burton during a red carpet event for Fantastic Fest.

Clarke Wolfe Is A Member Of