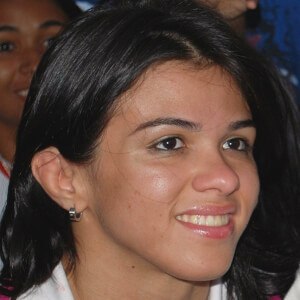 Mixed martial artist who joined the UFC as part of its inaugural strawweight roster in 2013, competing in and winning the division's inaugural bout. She was chosen to be a coach on The Ultimate Fighter 23.

She made her professional debut in 2008, but didn't start fighting regularly until 2009. She won the first 12 fights of her career.

She grew up in Brazil and has said that her parents didn't approve when she started training to fight.

Claudia Gadelha Is A Member Of