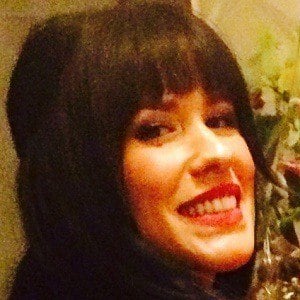 Italian rap artist best known for her singles "Killer" and "Roma-Bangkok." Her 2013 album Una Seria peaked at #8 on the Italian album chart. In 2017, she released a new remix of "Roma-Bangkok" featuring Lali Esposito.

She went on a musical tour in Europe while attending the Harrow School of Young Musicians. She debuted on the rap scene in 2008.

She was named Best New Artist at the 2013 Pepsi MTV Awards.

She was born Claudia Nahum in Downtown Core, Singapore and raised in London, England before heading to Italy.

She opened for Azealia Banks during Banks' only stop in Italy on her tour.

Baby K Is A Member Of