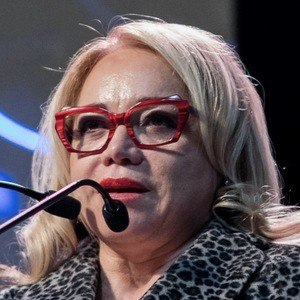 Colombian lawyer, Evangelical pastor and politician. She has served in the Senate of Colombia twice - once from 1991 to 1994, and again from 2006 to 2010. She is an international writer and lecturer, focused on dignifying the work of women and their role in society.

She received her law degree from the Universidad La Gran Colombia, and at the Higher School of Public Administration. She and her husband founded the Misión Carismática Internacional church in 1982.

She founded the National Christian Party in 1989.

She is the daughter of Luis Alfonso Rodríguez Ávila and Yolanda Almanza, and has five brothers. She is married to Pastor César Castellanos Domínguez and together they have five children, Johanna, Lorena, Manuela, Sara and Matías.

Claudia Rodríguez de Castellanos Is A Member Of