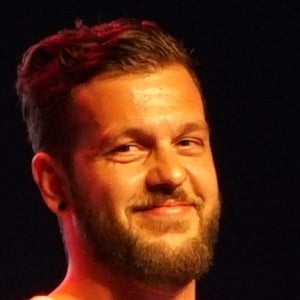 French singer who is best known for putting out albums such as Miss Mondo and the self-titled Claudio Capéo. He has released tracks such as "Un homme debout" and "Que Dieu me pardonne".

He first learned to play the accordion when he was six years old. When he was 16, he was a member of a metal band.

He released an EP in 2015 called Mr. Jack. He has accumulated over 130,000 followers on his eponymous Instagram account.

He was born and raised in Steinbach, Haut-Rhin in France.

Claudio Capéo Is A Member Of