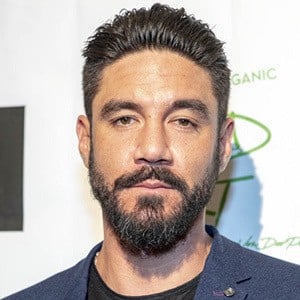 Actor who has gained acclaim for his turn as Angel Reyes on the popular FX TV drama Mayans M.C. He debuted during the series' first season in 2018, and earned critical acclaim for his work. He has appeared in over 40 episodes of the popular TV series.

He has cited seeing a performance in 2010 by Mayans M.C. cast-mate Richard Cabral on Southland that inspired him to pursue acting full-time.

He appeared in the 2017 comedy-drama film Lowlife. He also co-starred as Diego Castillo on the popular ABC TV drama American Crime during its 2017 third season.

He was originally born and raised in the United States. He has a sister named Janae.

He and JD Pardo have starred together on the popular FX TV drama Mayans M.C.

Clayton Cardenas Is A Member Of