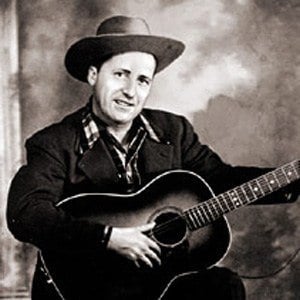 American country music singer and yodeler who was a pioneer due to his use of Hawaiian steel guitars.

He started out performing around his hometown with his cousin Lillian and he went on to perform with musician Wilber Ball in the 1920s.

The Rooftop Singers recorded a cover of his song, "Tom Cat Blues," in the 1960s.

He married when he was young and had a son. His brother Bill was his guitarist after Wilber Ball left in 1964.

He recorded with Jimmie Rodgers in 1931.

Cliff Carlisle Is A Member Of