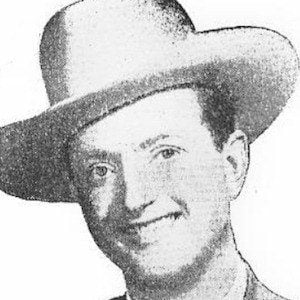 Singer and songwriter of one of the most popular songs of World War II, "Pistol Packin' Mama."

He recorded a song called "Honky Tonk Blues" is supposedly the first time the phrase "honky tonk" was used in a song.

He was invited to perform on Broadway.

He grew up in Jacksonville, Texas.

Bing Crosby and the Andrews Sisters performed a cover of "Pistol Packin' Mama" and theirs reached #1 on the Hot Country Songs chart.

Al Dexter Is A Member Of