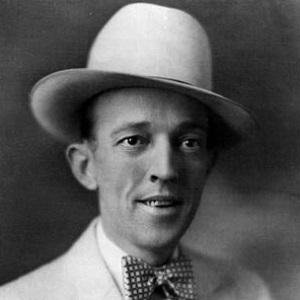 Known as The Father of Country Music, he was a country musician and professional yodeler. He released more than fifty recordings, many of which became country standards.

He began performing around the state of Mississippi at age thirteen.

He had three brothers.

He influenced many future country and blues musicians, including Muddy Waters.

Jimmie Rodgers Is A Member Of