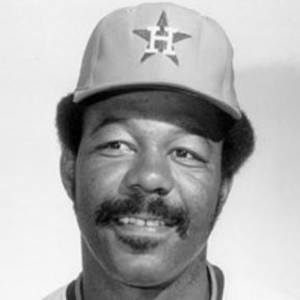 MLB first baseman, catcher and who won back-to-back World Series as a member of the New York Yankees in 1978 and 1979. He is remembered by many fans for his infamous locker room brawl with Goose Gossage which put the pitcher on the disabled list for two months and resulted in Johnson being traded to the Cleveland Indians.

He was a catcher at Wheatley High School in San Antonio, Texas and was drafted out of high school by the Houston Astros in 1966.

He held the major league record for pinch hit home runs with 20 until Matt Stairs surpassed him in 2010.

Cliff Johnson Is A Member Of