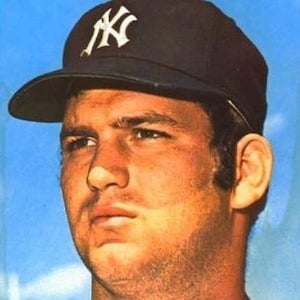 In his hometown Canton, Ohio, high school, he captained the baseball, basketball and football teams.

He was married to Diana Dominick from 1968 until his death and he had three children, Michael, Tracy and Kelly. His father served in WW II and worked as a truck driver.

In 1976, he became the first captain of the Yankees since the legendary Lou Gehrig.

Thurman Munson Is A Member Of