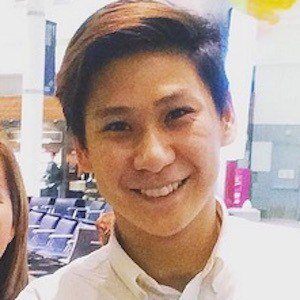 YouTube sensation best known as one member of the TreePotatoes collaborative channel. Together, he and his fellow TreePotatoes stars have earned more than 370,000 subscribers posting challenges, parodies, and other comedic videos.

He attended Temasek Junior College and shortly after became an officer for the Republic of Singapore Navy before beginning him YouTube career.

In addition to being a web star, he has also worked as a swim instructor for APS Swim School in Singapore.

He is a native of Singapore.

One of TreePotatoes most popular videos "How To Pick Up Girls" featured WongFu Productions stars Wesley Chan and Philip Wang.

Clifford Yow Is A Member Of