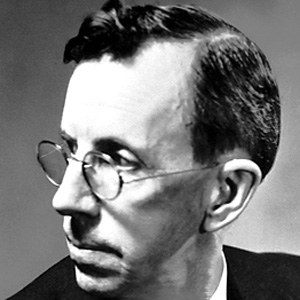 American physicist who won the 1937 Nobel Prize in Physics for his discovery of Electron Diffraction.

After completing his undergraduate education he taught at Princeton, at the same time woking on his doctoral thesis there.

In 1919 he took up working with the electrons in researching the theory that they exist both in wave form and in particles, one of the fundamental assumptions of quantum mechanics.

He was born in Bloomington, Illinois, and his father Joseph Davisson was a descendant of early Dutch and French settlers of Virginia and a veteran of the Union army in the Civil War.

Clinton Davisson Is A Member Of