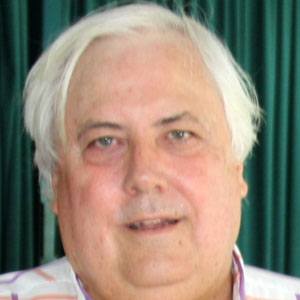 Known for founding a mining company called Mineralogy and owning several other corporations, he also established an Australian political party called the Palmer United Party and became a Member of Parliament for the Fairfax constituency.

He briefly studied journalism and law at the University of Queensland.

In 2008, he became the owner of the Gold Coast United Football (soccer) Club.

Following the death of his wife Susan, he married his longtime friend Anna Topolov. Between 1983 and 2013, he became a father to three daughters and one son.

He and billionaire James Packer both had high-profile careers as Australian businessmen.

Clive Palmer Is A Member Of