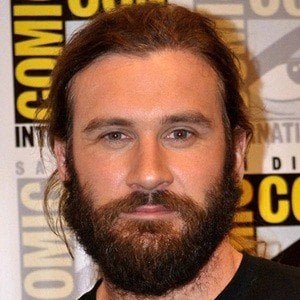 English actor best known for his role as Sir Gawain in the television series Camelot.

He worked in a professional stunt team at the age of 12 and started training at the National Youth Theatre at age 15.

He has also done voice over work for the video games, Alien vs. Predator and Inversion.

He married to his wife, Francesca, in 2007. The couple has three children.

He starred in the television series Robin Hood with David Harewood.