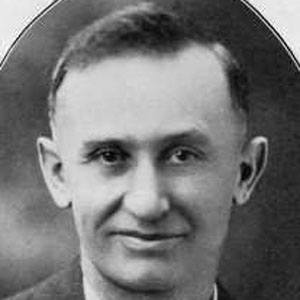 Pioneering aircraft designer known for being the founder of the Cessna Aircraft Corporation. He is a member of the National Aviation Hall of Fame.

He worked as a car dealer in Oklahoma.

Flying magazine had him ranked 27th on their list of the 51 Heroes of Aviation.

He married a woman named Europa.

One of his Cessna airplanes was flown by Jerrie Mock in her historic flight in which she became the first woman ever to fly completely around the world.

Clyde Vernon Cessna Is A Member Of