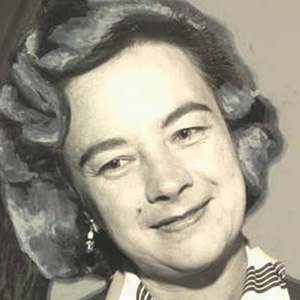 First female pilot to fly around the world alone, this Ohio-born adventurer made her historic flight in a single-engine Cessna 180 in March and April of 1964. Six years later, she published Three-Eight Charlie, a book detailing her feat.

She fell in love with flying at the age of seven, as a result of riding in the cockpit of a small airplane. After graduating from high school, she entered Ohio State University's aeronautical engineering program.

The plane (nicknamed "The Spirit of Columbus") in which she made her famous flight was put on display in Virginia's National Air and Space Museum.

Jerrie Mock Is A Member Of