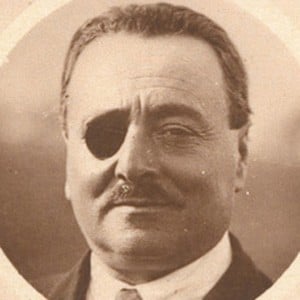 Pioneering aviator who attempted to cross the Atlantic Ocean but disappeared en route from Paris to New York.

He served in the French Navy; however, following several injuries, he was transferred to the air service.

His disappearance during his trans-Atlantic flight grew into a monumental mystery.

He grew up as the son of a sailor.

Francois Coli Is A Member Of