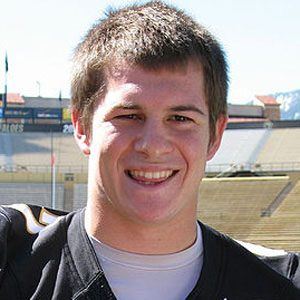 Quarterback who led the University of Colorado to the 2007 Independence Bowl.

He went undefeated in middle school and high school football, never losing a game until college.

Following his college career he led Team USA to a gold medal at the 2011 American Football World Championships, and then began a professional career in Sweden.

His father, Dan Hawkins, was his college coach.

As part of USA's international team, he was teammates with Richie Brockel.

Cody Hawkins Is A Member Of