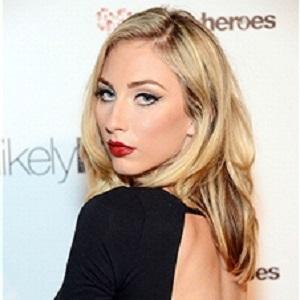 Film and television actress who co-starred alongside James Franco in the drama feature Memoria. She had a notable television guest role in Disney's The Suite Life on Deck.

She started acting and modeling when she was 2 years old and became an established print and runway model. She quickly transitioned from commercials and music videos to television shows and feature films.

She was deemed an "IT Girl" alongside Zooey Deschanel in Nylon Magazine's October 2008 issue. She hosted the 2009 Young Hollywood Shows for Boxeight LA Fashion Week.

She was born in Hollywood, California as one of four girls in a family of six.

Cody Kennedy Is A Member Of