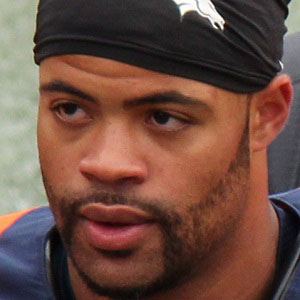 Wide receiver who began his NFL career with the Denver Broncos in 2014. He was a standout player at Indiana University and entered the draft following his junior season.

He attended Jefferson Township High School, where he was also a baseball, basketball and track star.

He was a Second-Team All-Big Ten selection at Indian University in 2013.

He began catching passes from Peyton Manning in Denver in 2014.

Cody Latimer Is A Member Of