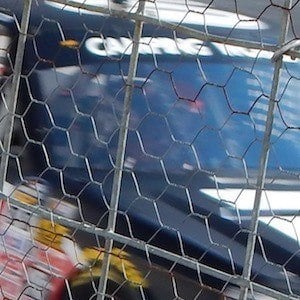 Record-setting stock car racer from California who has won notable races like the 2014 UNOH 175. At 16 years, 7 months and 28 days, he became the youngest person ever to win NASCAR's national touring series.

He was born in Ladera Ranch, California.

At Iowa Speedway, he set a record by winning the pole position and leading every lap.

His father, Joe, has served as the executive vice president of Stewart-Haas Racing.

He and Kevin Harvick have both raced for the Stewart-Haas racing team.

Cole Custer Is A Member Of